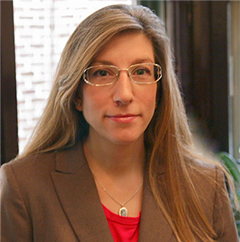 Carol has played a key role in asset and share sales from the initial tax planning stage to documenting the finer details of the commercial transactions negotiated by the parties.  She has also been instrumental in successfully restructuring corporate operations to achieve tax efficient results.

Carol obtained a Bachelor of Science (Honours) in Psychology at McGill University before graduating with distinction from McGill University’s National Programme (Bachelor of Civil Law and Bachelor of Common Law) at the Faculty of Law in the spring of 2000.  She worked as a summer student and articled at Sweibel Novek before her call to the bar in 2001. She completed the CICA In-Depth Tax Course in 2003 and in May 2012 obtained a Diplôme d’études supérieures spécialisées (fiscalité) from HEC Montreal.