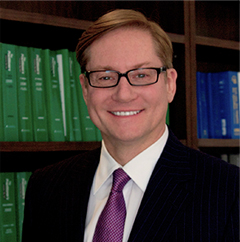 Denis has been a legal advisor to the René Cassin Foundation, a registered charity that works to promote and protect the universal human rights of all people. Denis has also served as a legal advisor to organizations such as the Fondation de l’Office franco-québécois pour la jeunesse, the Orchestre de la Nouvelle-France, and the St-Patrick Development Foundation. He is a former member of the Agence Wallonie-Bruxelles pour la jeunesse.

Denis received his Bachelor of Laws degree from the Université de Montréal in 1982 and was called to the Quebec Bar in 1983. Before joining Sweibel Novek in 2001, he was a partner of a Montreal law firm practicing in the areas of civil and commercial litigation.